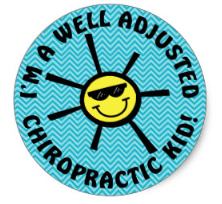 When I fell pregnant in 2014 I was so excited! The next 9 months were extremely hard, but the birth..well that was the worst.

I was in labor for 18hrs with milconia, having allergic reactions to an epidural and then passing out. Logan (my son) unfortunately copped the brunt of it. He got stuck. I undilated my already minimal dilation, which meant a caesarean was required. I felt like the worst mum, already he was having a rough start to life and there was nothing I could do.

From the moment he was born though, I knew something wasn’t quite right. He was frantic and hysterical when he was wrapped or laying on his back. He quite literally unwrapped himself and rolled himself onto his stomach. He would sleep a total of 4-6 hours a day (and that was broken) and it took 6 months, 2 doctors to call me crazy and finally a doctor who listened to say ‘hey, lets get a blood test.”

Turns out Logan doesn’t produce melatonin. His levels were so low that he didn’t even have enough to settle himself down. So from that point, we start the process of introducing him to melatonin supplements and guess what? It helped! Finally an answer!

Not one year down the track things felt like they were going backwards. Medication would only work if he was super tired, or it would feel like it had ”worn off.” I felt like I had wasted my time because the medication only worked very sporadically and he still woke up during the night.

Then I got my job with Transitions Chiropractic and things began to change. James offered to see Logan and assess why he is the way he is. This didn’t excuse the fact that he doesn’t produce melatonin, it just meant there may be something else that he could do to help him. James could feel his tension, as well as observe it when Logan started panicking when he was laying on his back. He was hysterical as usual and James was genuinely concerned about how he was going to assess him because of how tense he was. But he prevailed and it showed him a lot about Logan’s body and how twisted and sore it must be for him and no wonder why he despises being on his back.

Well I couldn’t believe it, and I wouldn’t have believed it if I didn’t witness it for myself. That night, after Logan’s first adjustment..he slept 13 hours…STRAIGHT!!!!!! For the first time since he was born he got the best night sleep. He even looked peaceful. Needless to say, I didn’t sleep. I kept getting up to check he was still breathing (because lets face it, this was new for me)!

Of course though, a couple of nights later it was back to the same old thing. Restless sleep began again. My mum then, whilst I worked, brought him into see James again. Would you guess..? He slept through the night again!!!

By that stage I knew what was clear. Yes he needed his Melatonin, this was inevitable and always going to be a thing for him. But there was more to Logan than lack of hormones. He was in pain and was uncomfortable. I do believe (opinion only, I’m not a doctor) that this stemmed from his traumatic birth. But, I didn’t know Chiropractic like I do now.

If I knew about it sooner, I can guarantee you that I would have seen James, or any Chiropractor for that matter, a lot sooner.

I won’t ever stop Logan from benefits of Chiropractic. Is this a lifestyle choice? No. This is a LIFE choice. Life should be so much more then being uncomfortable all the time.

So James, not only am I thankful for my job opportunity that you gave me, even after all my own health issues of Workcover, but thank you for showing me that there is more to Logan’s life than what I thought. When he is older I’m glad he will know that there is so much more to his life then he thought. Why be average, when you can be great?!

Dr James Staciwa Newcastle Chiropractor, husband and father. He has been practising Chiropractic in Newcastle for 16 years. Launching Transitions Chiropractic in 2013, their vision is to help the community Live Life Without Limits.
PrevPreviousSpring on in….
NextAre Grandparents Superheroes???Next