Well the task I set out to accomplish at the start of the year was a little ambitious. However, for some crazy reason I often seem to like biting off more than I can chew…. In an attempt to raise money for the Australian Spinal Research Foundation. I chose to challenge myself way outside of my comfort zone with 3 extreme events. This included Challenge Wanaka, Buffalo Stampede & The North Face 100.

Unfortunately, the season did not exactly go to plan. I was medically withdrawn from Challenge Wanaka with a brilliant case of hypothermia during the swim. Yes, I completed the swim, but after emerging from the water ghost like & unable to walk my day was done. This left a rather miserable taste in my mouth but I did what I could- I jumped back on the horse, added a few more events to the calendar and begun the transformation into becoming an ultradistance runner.

The next event was a bonus teams event, the Sparke Helmore Triathlon​, this was brilliant. As Transitions Chiropractic, we entered two teams into the Olympic distance race where we not only won our individual categories but both teams also finished on the podium overall.

Buffalo Stampede​ was my first ever ultra distance run and one that even before the running of this inaugural event was being considered one of the toughest in Australia. It was epic! Definitely one of the hardest things I have ever done & physically it was out of this world. I got it done and was stoked. It lit a passion, a spark for a physical and mental challenge I haven’t experienced for some time.

As a result I decided to throw the Mount Solitary Ultra​ in the mix as well. It was a great race in the Blue Mountains & one of the funnest I have had out on the trails. By the end of it I knew I had had a really solid work out.

Maybe as a result of all that had been done I was really looking forward to The North Face 100​. The day started off great and even 60k’s into the event it was a great day out. However, by the time 75k’s had come around the wheels had fallen off. An excruciating pain had developed in my right hip forcing me back to a walking limp. This was the first time ever I chose not to finish a race. Yes I hated myself for it for a day or two but it was the best decision for me. A solid limp for a week and an MRI a few days later confirmed nothing majorly wrong.  This has only f​​urther sparked my fire to get back out there, pick myself a new goal & smash it! Who knows what the next goal will be but it will be epic! I’m excited to be out running again and I look forward to whatever challenge life throws in the way.

So thank you to all of you who got behind me on my Everyday Hero​ campaign to raise money for the Australian Spinal Research Foundation​. We were able to raise almost $600 to go to a great cause and personally I was able to push myself to my absolute limits, participate in some amazing races and see some absolutely beautiful parts of Australia in the process.

It’s a journey I am glad that I took and although the absolute destination may not have been reached, the lessons learnt along the way were truly worth it. Thanks again for your support and I can’t wait to see what the next challenge may be. After all, we are all designed to be extraordinary and yes reality exists but I believe that we can accomplish anything that we truly believe! 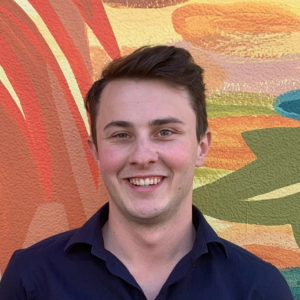